Dear Friends,
In one of my recent blogs, I mentioned that I am involved in a literacy project in la Sierra Norte de Puebla, an isolated, coffee producing, region north of Cholula. It is an area with a high degree of migration to Puebla, Mexico City, and the east coast of the US, due to low coffee prices and lack of work opportunities for residents of the region. Most of those residents are indigenous people, mainly Nahuatl and Totonaco. 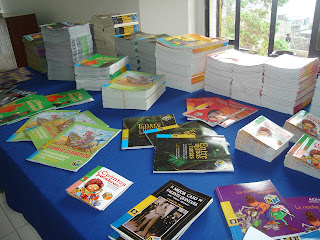 In the small pueblo of Ayotzinapan, a group of Nahuatl youth have undertaken a project to build a library that would serve people from Ayotzinapan and several surrounding small villages. At present, the nearest library is in Cuetzalan, over half an hour through the mountains by bus. The youth involved range in age from eight to twenty. They have done an incredible job of getting the library built, finding some funding for books and technology, and are preparing for the inauguration of the library within the next two months.
They have started a non-profit and named it Se Sentanemililis (One Sole Thought). Leadership for the project has come from twenty year old Gaudel Reyes, a village youth who is now attending the university in Puebla. He is determined to offer the people of his pueblo an opportunity to learn and grow, just as he has had. The “one sole thought” of this group of youth is very close to becoming a reality. But as so often happens, the economic realities of a hard hit region are slowing things down. Help is needed to get the library off the ground. Below is a listing of the support that the youth have gathered thus far:
Se Sentanemililis (One Sole Thought)

Support received for the library project

08-Diciembre-2011
In addition to the above, Bay Area authors Alma Flor Ada and F. Isabel Campoy have offered to donate a good number of books in Spanish that they have written. 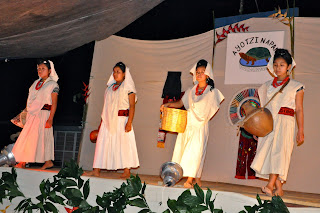 What is needed now is approximately $5000 US that would staff the library for one year and allow for one literacy or cultural event per month. This post is to create an avenue for anyone wishing to help these youth and their community to do so. I am opening a special account at OSU Federal Credit Union in Corvallis for donations to help  Se Sentanemililis (One Sole Thought) accomplish its dream.

If you, or anyone you may know, are interested in making a donation please follow the steps below
• Send a check payable to Dick Keis with the words One Sole Thought Project in the memo line.
• Mail it to my daughter, Quena Keis, at the following address:
2076 Lincoln St #1  Eugene, OR. 97405
She will deposit it in the account. 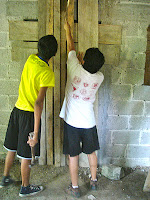 • You can e-mail  me (rbkeis@gmail.com) informing me that you sent a check, and Quena or I can get back to you confirming that the check arrived. It would be good to have e-mail addresses of donors so we can update you as to the progress of the library.
I can draw money directly from that account in pesos without paying any transfer or exchange fees, so 100% of all  donations will go directly to the project.
I will close this post with  few more photos that the group sent me. Thanks in advance for any support that you can offer. 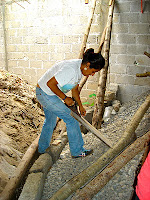 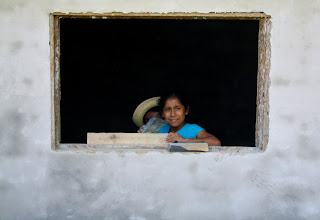 What a wonderful group of young people. Help is on the way! Continue on and travel safe.

Dick, a brilliant project, I'll talk about it to my library group next time we get together - mostly ex-teachers, they're very keen on child-literacy. Then maybe we'd have a euro cheque to give you when you're here!
bon courage, Carmel