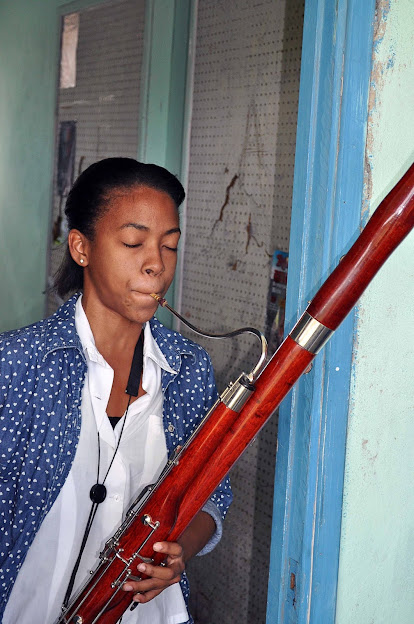 Yuniet taught jazz at La Escuela Naional de Arte in Habana. and he arranged to get us in for one of his classes. The school was situated on what was once a upper class country club before the revolution. Castro turned it into the National School of Art. It offered classes in all of the arts, and was free to all those who attended. That included room and board at the school as well as use of an instrument if you were in music. The students we visited were high school age and already playing jazz at a high level.
Fred and Faye arrived the next day and Portillo had arranged for Fred to play with his brother's group at the La Zorra y el Cuervo, one of Habana's most prestigious jazz clubs. As fate would have it, a few hours before the gig there was a rain storm the likes  of which I have seldom seen. The streets were rivers and it got quite very chilly for Cuba. Portillo called to tell us he could not get int the city and that the gig had been canceled. Needless to say, we were all very disappointed and had little alternative but to stay at our apartment, drink Habana Club 7 años rum, and play cribbage. 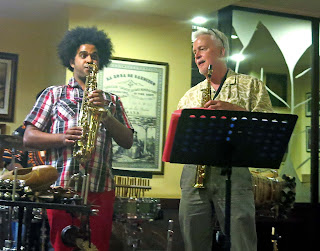 Luckily Portillo had also arranged for Fred to play a few days later with an impressive, young jazz sax player, Yuniet Lombida Prieto. The gig was in the Salon de Habano in the Hotel Melia Cohiba, with the group, Kono y los Chicos de Cuba. The group invited Fred to come up and play a tune with them a few songs into their gig. They had not heard him play and did not know what to expect. "One tune might be enough" surely crossed their minds. They were playing jazz standards as well a some original music based on Japanese folk melodies. After the first tune, the the band members were all smiles. A brotherhood was formed and Fred stayed on stage with them for the rest of the set. The evening was a big success! 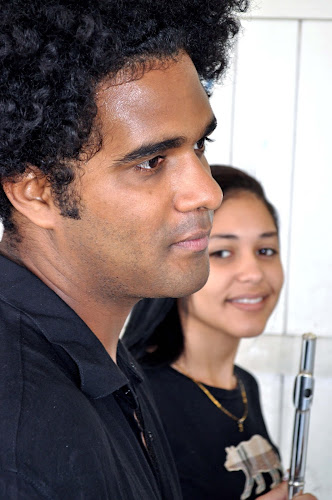 The visit to the Escuela Nacional de Arte was the high point of the trip. There were two groups of young musicians, one female and the other male. I think many of the female musicians were in love with Yuniet! Both groups were outstanding. Yuniet introduced us and the youth seemed honored to play for us.
Instead of using words to describe the experience, I have decided to let the photos do the talking: a series of portraits of the talented young people who played so passionately for us that hot, Habana afternoon.
I thank Yuniet, Gerardo Portillo, the students at la Escuela Nacional de Arte, and all of the Cuban people I encountered for their openess and generosity. There is a part of my spirit that stayed in Habana with them! 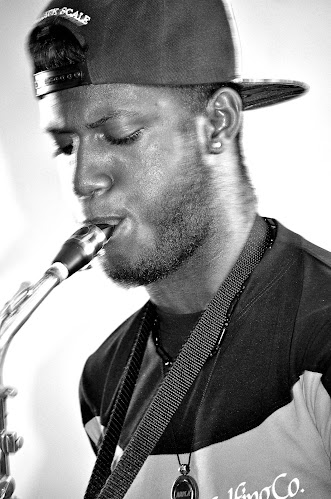 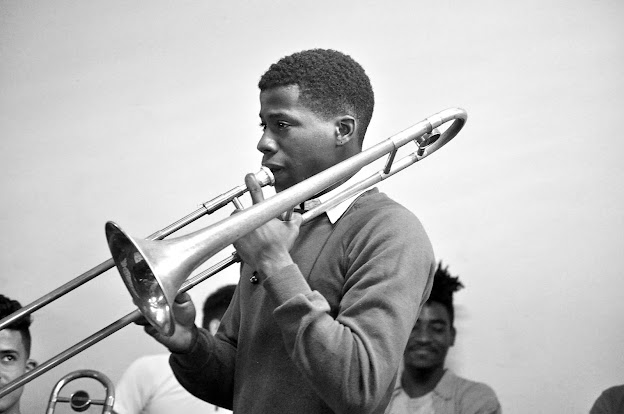 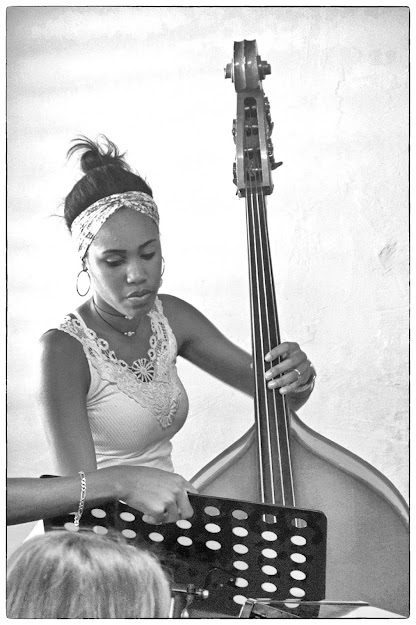 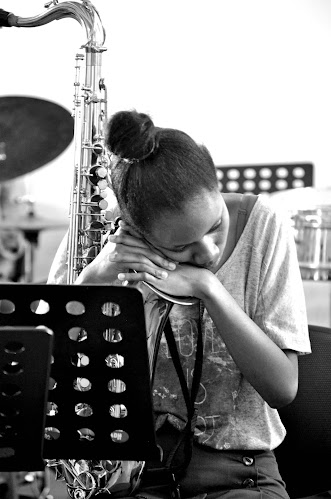 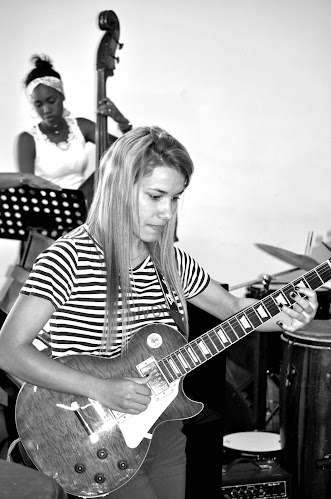 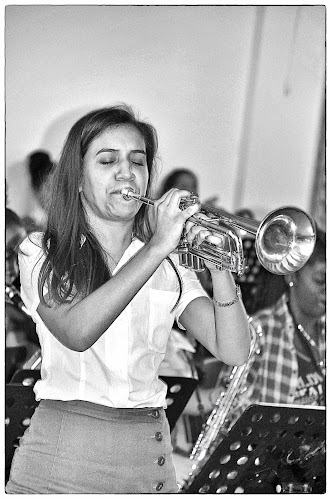 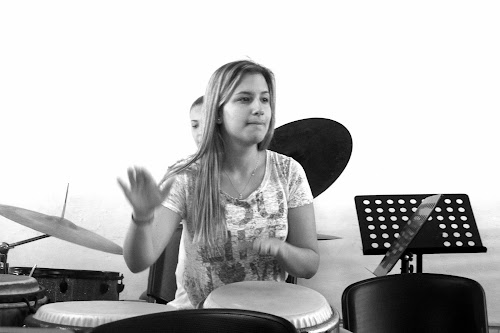 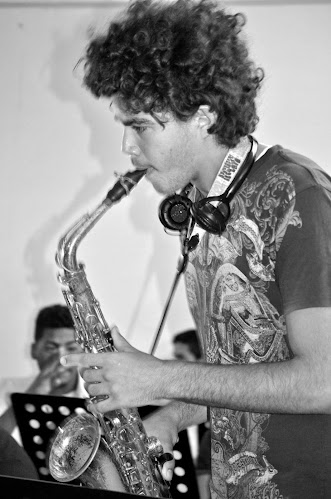 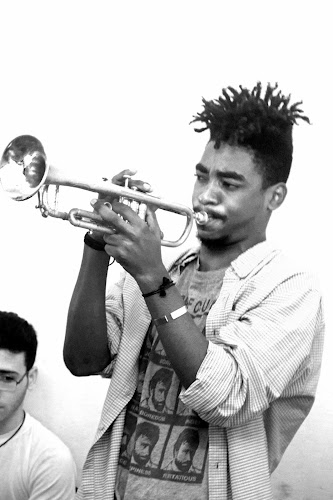 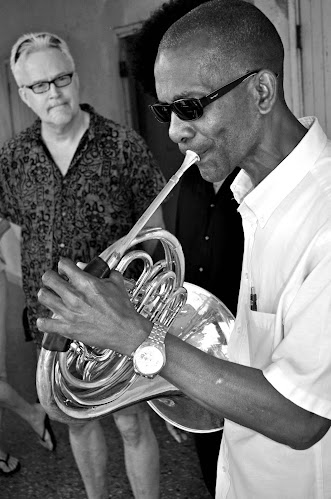 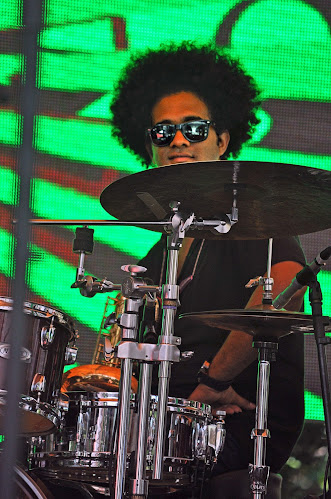 looks great fun Deek - I can hear it from here !
Carmel

Your photos share so much more then to image. I can hear the music and sense the surroundings.