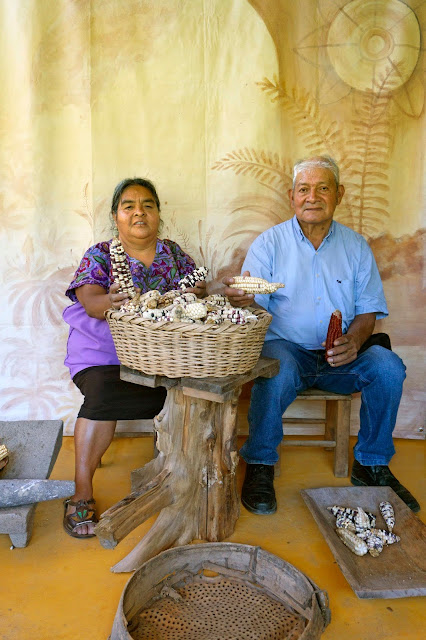 This winter I made my first visit to Capulálpam, one of Mexico’s Pueblo Mágico. Tucked away in the Sierra Juarez of Oaxaca at 6700 feet, it is deserving of the title. It is a pueblo that prides itself on its environmental consciousness, the preservation of its Zapotec roots, and the sincere friendliness of its inhabitants. 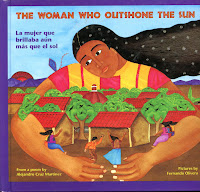 I had wanted to go to Capulálpam for some time and had some possibilities of finding people to photograph for my project on occupations. A visit from my amiga, Shawna, gave me an added incentive to go. I had one contact there, Doña Tecla, a Zapotec women I had met while giving a workshop on children’s literature three years earlier. I had used the book The Woman Who Outshone the Sun: the Legend of Lucia Zenteno. It is a story about the importance of Mother Nature in our lives, especially the importance of water. The Zapotec poet that first published the story as a poem, Alejandro Cruz Martinez, was killed in 1987 while organizing the Zapotecs to regain their lost water rights. Doña Tecla reminds me very much of Lucia Zenteno both in her appearance and her spirit. She had invited me to Capulálpam to share the book with a group of woman working on a water rights project, but I was unable to go at that time. I searched Tecla out during this visit. 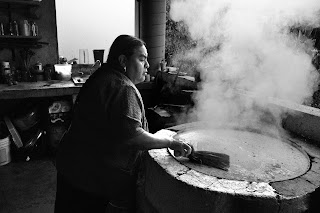 Capulálpam is a small pueblo where everyone knows everyone else, so it was not difficult to find her. I went to the community library where she works everyday for a few hours and we reconnected. She invited us to visit her and her husband, Nahum, the next morning. They have a small business that opens their home to students from the States who want to learn about the traditional Zapotec ways of life. They stay at their home, study the medicinal plants that grow in the garden and how to use them, and observe and learn about traditional farming techniques and food preparation. The day that Tecla invited us, they had no other visitors. I asked permission to photograph her making tortillas and she readily consented. She was proud to continue making tortillas by hand as her mother and grandmother before her had done. She uses non-GMO, maiz criollo (organic corn) grown from the seed bank of their ancestors and takes it to the local molino (mill) to be ground. It is the way that everyone used to do it, but nowadays even in Capulápam long-lived, traditional ways are changing. Doña Tecla served us a breakfast of salsa de huevos, freshly baked bread, and hot chocolate, a specialty of Oaxaca. When we finished, Nahum started the wood fire under the comal and Tecla began working the corn masa to 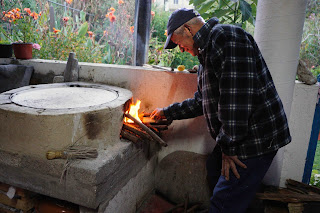 make her tortillas. We spent a wonderful morning together and were treated to fresh, hot tortillas right off the comal with a sprinkle of salt! When we left, I told them I would be back in a couple weeks with printed photos for them and to do a more formal portrait as well as a video interview.

Three weeks later I returned to Capulálpam with my camera, my portable backdrop, and tripod. I met Tecla at the library and we set a time for the next morning. When I arrived, her long, black hair was still drying in the morning sun and she had on a beautiful Zapotec huipil (blouse). She was Lucia Zenteno reincarnated! I asked her to gather the essential items to include in the portrait that would help define her occupation. She chose to bring her metate (grinding stone) a basket of maiz criollo, and her stone rolling pin. She looked exquisitely timeless. 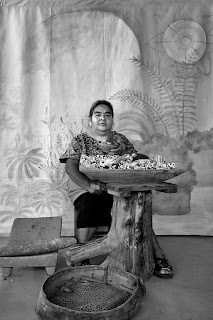 It wasn't until later that day that I realized this; they had told me their stories with much depth and clarity. “Their story” was one of simplicity; their lives are centered round their home, their land and their traditions. They choose to live in another time, one that much of the world has long left behind to become “more modern”.  What matters to Tecla and Nahum is preserving the ancestral values and customs that have given their lives meaning. They continue to select the seeds they plant from the 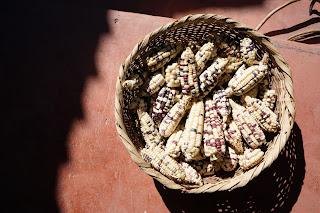 seed banks they have preserved; they plow the fields using a team of oxen and a wooden plow that does not harm the earth as a tractor often does. They grow the vast majority of the food they eat and treat themselves with natural herbs from their garden when they are ill. This is what keeps them happy and healthy. 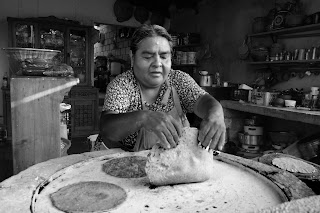 In this time of pandemic I ask myself what will change for them? They already live a relatively isolated life as many campesinos (farmers) do. A part of their income comes from the foreigners who visit them to learn about their traditional lifestyle. But the border between the US and Mexico is now closed, depriving them of that much needed source of income. I have no doubt that they will survive despite this setback. They are self sufficient and incredibly able people. I am more concerned that if the virus is brought in, it could be devastating to the pueblo. Indigenous peoples have repeatedly been decimated by disease brought into their communities from the outside. I truly hope that their ancient wisdom and strong sense of community will protect them. For it seems evident to me that this pandemic will make us all reflect on how to live more simply and more wisely. This is what Tecla and Nahum have been doing all of their lives.

PS
Doña Tecla invited me to return and exhibit some of my photos from Capulálpam on May 15th, the Fiesta de Maiz, one of the most important festival in the pueblo. I agreed and had purchased my return ticket to Oregon to allow me to be present at the Fiesta. The pandemic has changed that plan.

Hello,
still thinking about Mari and her beautiful sketches...Do you think about publishing some of her work?
Best regards, Claudia Rose