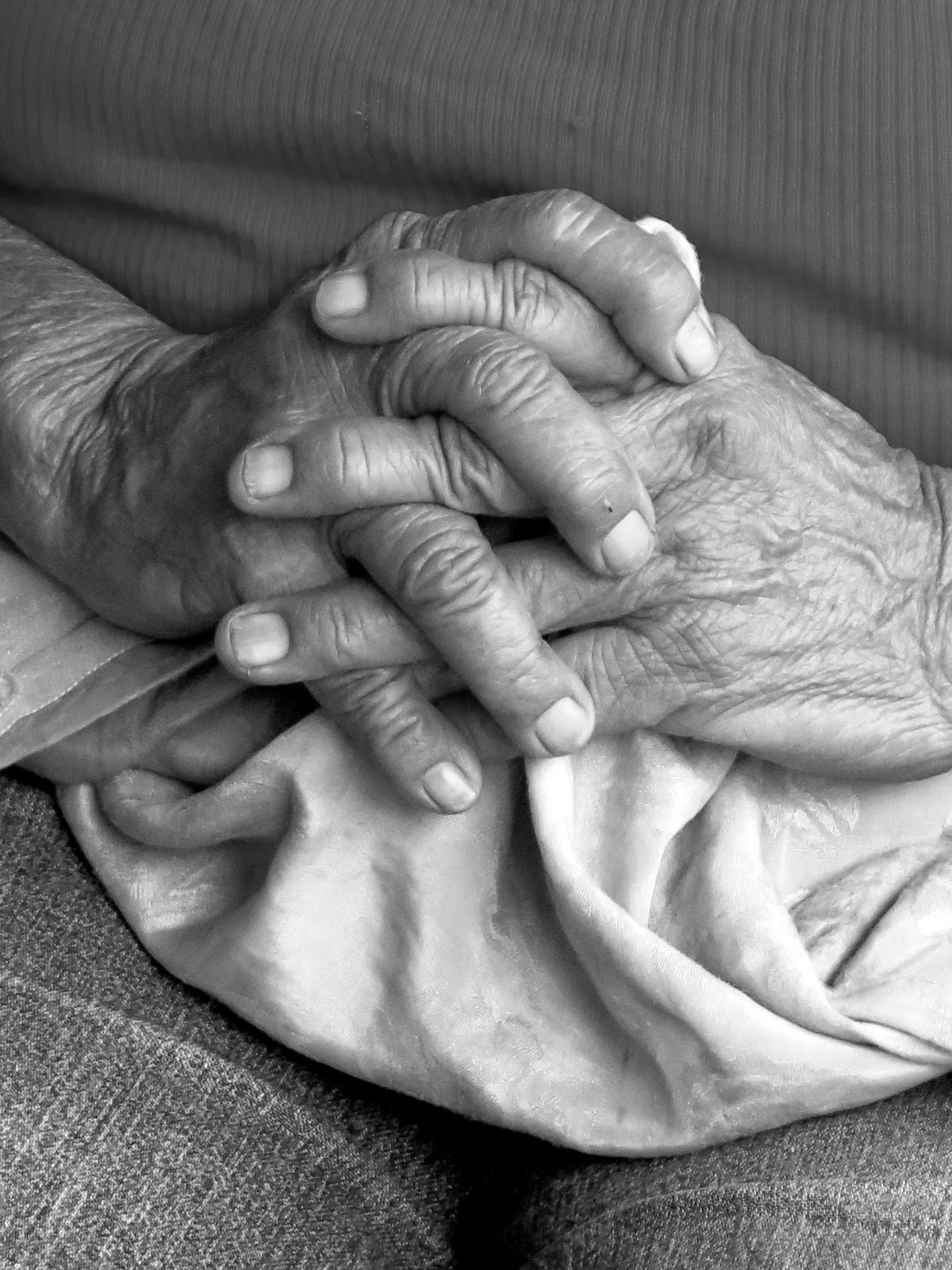 Living in Mexico often gives me the chance to enjoy the simpler things in life. En "el Norte", it is easy to get caught up in first world comforts, often mistaking them for progress. I remember receiving a book entitled Handmade Houses as a gift one Christmas. Wonderful dreamers they were! And I was pleasantly surprised to see that those dreamers still exist and are building their homes in Mexico as they have for centuries.

Recently I was contacted by my friend, Angeles, who invited me to accompany her and four of her students on a trip into la Sierra Sur de Oaxaca. Angeles teaches architecture at La UNAM (Universidad Autónimo de Mexico). She is heading up a project to preserve traditional building techniques: mud, stone, and adobe, by finding and interviewing people who still know the secrets of building with the earth.

Our first stop was in San Tomás, a small pueblito in the region of Miahuatlán. We had no arranged visits, but Alicia, a natural builder familiar with working in the comunidades, soon lead us to a stone and mud house and struck up a conversation with the owner and builder, Don Felipe. Before we knew it, Don Felipe was showing us around and sharing his knowledge of natural building with pride.
All of the materials for his house came from his land: stone, timber, and earth. I was curious about the mud, which was white, not brown. He knew his land well. He took us to the place where he got the earth near his spring. He added some water until it was just the right consistency to stick together solidly. It took Don Felipe two years to build his house, but like many of the other houses in the area, it will stand for many, many more.
One of the highlights of the visit was meeting his 84 year old aunt, Lorenza Agustina. She has not been able to walk for over fifteen years, yet she was a bright light in her somber earthen kitchen, upbeat and full of positive energy. Like the walls that surrounded her, she has settled firmly into place.
Felipe then gave us directions to the house of Don Marciano, one of the elders of the area who was a master builder. After a good while of roaming the bumpy dirt roads, we found the house. Don Marciano is 87. His daughter told us that his memory was not what it used to be, that he might not be able to remember much of his earlier days. But what he had done all of his life was well engraved into his faltering memory; he did not hesitate in recalling how to transform earth to home.
We were treated like royalty by the family. Marciano and his wife had ten children, nine daughters and one son. They were there para servirle (to be of service). They gave us a tour of the farm, answered any questions that we had, and then invited us into the kitchen to serve us pan y chocolate a la oaxaqueño. Nothing better!


We made two more stops before I returned to Oaxaca. We spent the night in El Refugio in San José del Pacifico, where an intentional community had built their homes of mud and adobe, very beautiful structures. 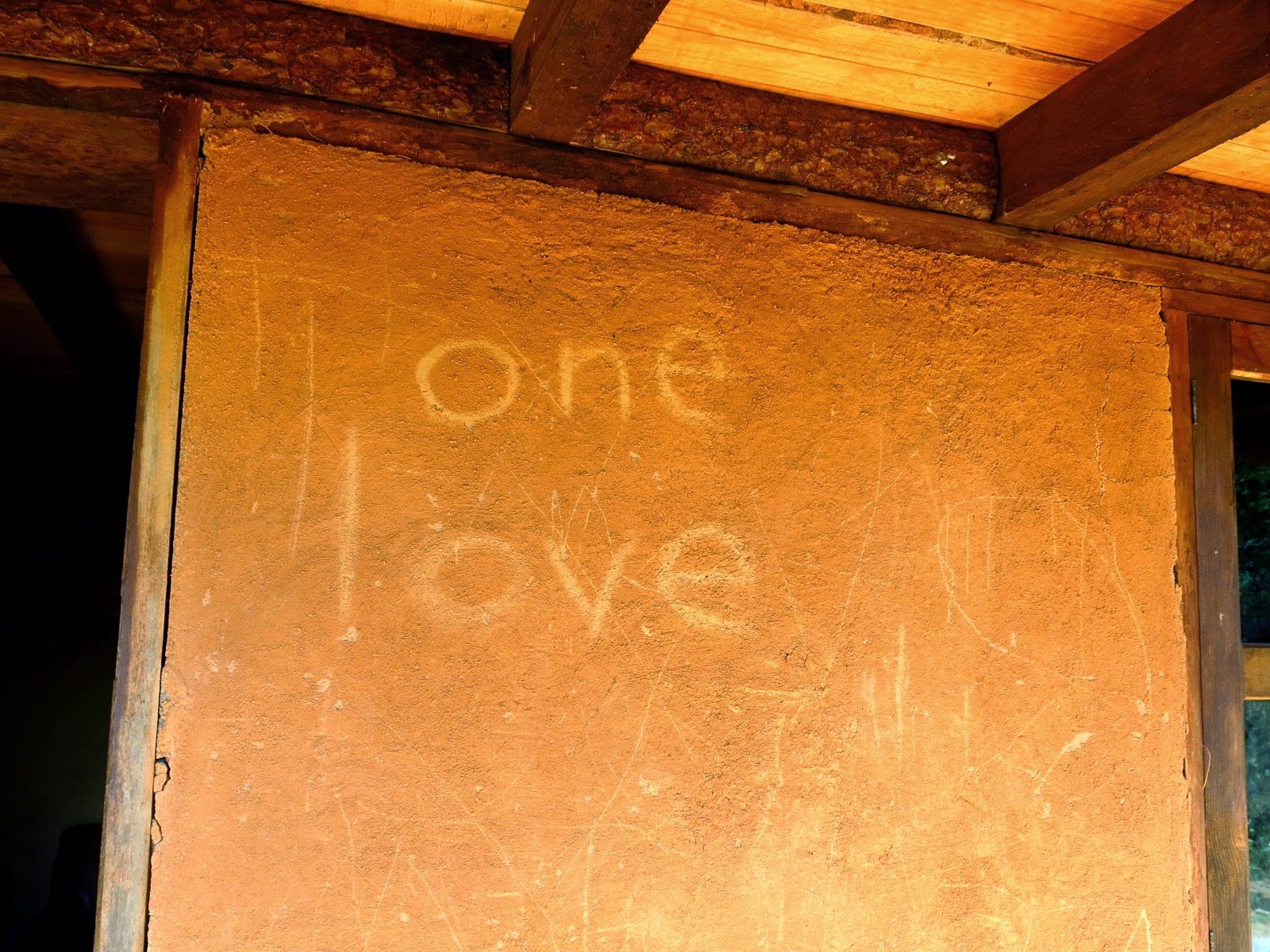 Again, all the materials came from the land where the houses were built. Although there were monetary costs involved in the building, they were minimal comparatively speaking. The greatest cost was undoubtedly in time and human labor.
These homes were built with mud, hands and heart, and one feels it immediately upon entering.The earthen walls seem to be smiling as they welcome you. It makes you feel as if you have become one with the earth, as if this is where you belong. Home is where the heart is, as the old adage goes. Add some well mixed clay and hands that are not afraid of hard work, and you have yourself a home that is in perfect harmony with nature and that nourishes the soul. May the knowledge and techniques needed to create such a space never be forgotten. Thank you Angeles for doing your part to make sure that never happens. 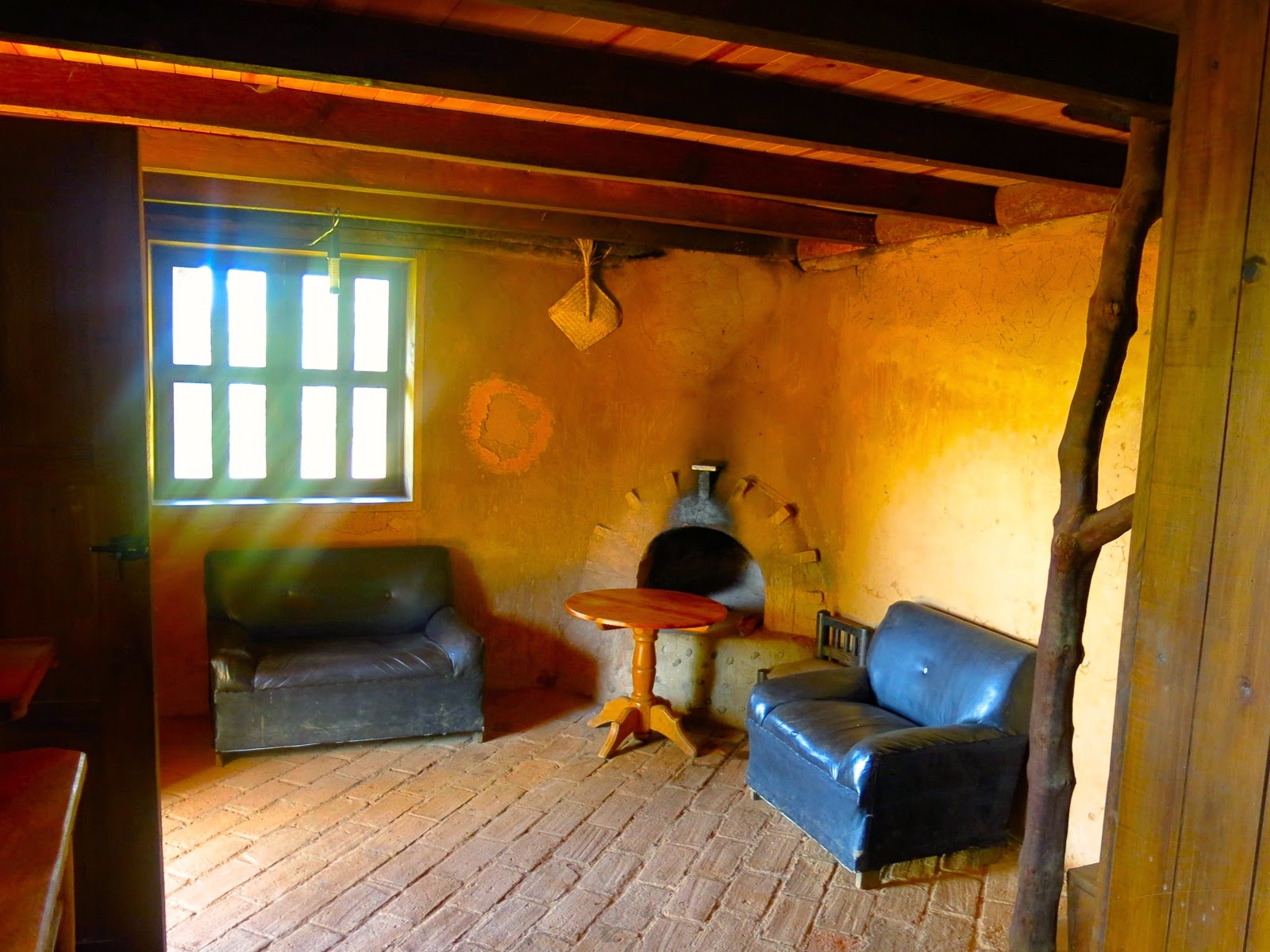 this is a beautiful truth of what earth + heartful people can create. Did you know that Woody Guthrie was fascinated by adobe homes and tried to bring the concept into the Texas Panhandle, a devastated area then, but the people were not open to it...so their homes were destroyed again and again by winds and rains...ah, flexibility is good!Thanks, Dick! love,Jude

What beautiful homes and great photos.

Greg is hoping to make an earth oven some day.